When you were younger did you like to listen to stories from your dad or mum? I fondly remember hearing silly stories from Dad at bedtime, and they were captivating. Stories help focus our minds, and that is why there are so many children’s books full of them. There is drama, suspense, and a build up and climax or two! A good story leaves us satisfied and thoughtful. Much of chapter seven is a narration of the interaction between a simple young man and a crafty adulterous. Some of you might be incredulously saying, “What?! More about sexual immorality?”

Why is there so much talk in Proverbs about adultery? Well that’s a good question and one  of the many reasons to study Proverbs even more deeply than I am in my posts. Suffice for my post to say, adultery is a sin that affects everyone involved very deeply, including the Holy Spirit (if there are believers acting sinfully), and so it is an important issue to deal with.

Now lets read the story of these two characters.

6 For at the window of my house I looked through my lattice, 7 and saw among the simple, I perceived among the youths, a young man devoid of understanding, 8 passing along the street near her corner; and he took the path to her house 9 in the twilight, in the evening, in the black and dark night.

10 And there a woman met him, with the attire of a harlot, and a crafty heart. 11 She was loud and rebellious, her feet would not stay at home. 12 At times she was outside, at times in the open square, lurking at every corner.

13 So she caught him and kissed him; with an impudent face she said to him: 14 “I have peace offerings with me; today I have paid my vows. 15 So I came out to meet you, diligently to seek your face, and I  have found you. 16 I have spread my bed with tapestry, coloured coverings of Egyptian linen. 17 I have perfumed my bed with myrrh, aloes, and cinnamon. 18 Come, let us take our fill of love until morning; let us delight ourselves with love. 19 For my husband is not at home; he has gone on a long journey; 20 he has taken a bag of money with him, and will come home on the appointed day.”

There is more in this story to come, but we will pause the story and reflect on what has passed here. I will finish the story in Part 2.

Solomon is the storyteller, and includes a mention of himself as the onlooker from above. He points out a youth who is without understanding. While angry youths may be the scary ones, a clueless man is a wrecking ball of all kinds of destruction! This youth is out at night for no good reason, and is passing by the woman’s house. We are not told if he is seeking her, but it’s clear he is asking for trouble! (See 8 and 9.) It’s indicated he knows who she is and is tempted by the opportunity.

Immediately we smell trouble, as she is dressed up in the clothes one would associate with a p rostitute and is said to have a crafty heart. The woman is a schemer and dresses up to attract attention from certain men who would desire her. She cannot sit still at home with her rebellious scheming and is out about in the city looking for men to seduce. She has a rehearsed script all ready for this simple man but hardly needs to use it. Easy prey, one might say. 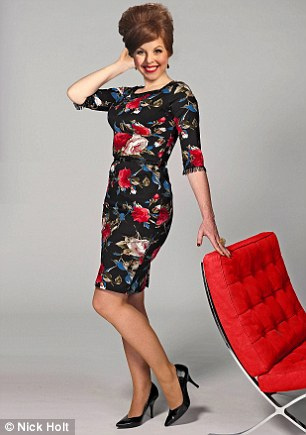 This woman is described as an opportunity seeker and doesn’t hesitate to catch hold of him. Breaking boundaries that should well be left unbroken, she flirts outrageously with the man by grabbing and kissing him (vs. 13). That would be a truly shocking display of rebellion in that culture, but perhaps even nowadays we would be uncomfortable with such a display by a stranger.

She attempts to sooth his anxiety of this sin by saying she had gone to the temple that day and is all clear with God(!)

This woman is impudent in her actions and doesn’t care she is sinning with her actions.

She makes what is a horrific sin sound like paradise in verses 15-18. When she should have her bed prepared for her husband, she is doing it for a complete stranger. Such a betrayal. As we see in in verses 19 and 20 she executed her plans with him out of the picture. She twists this to her advantage as a further tempting factor for the young simpleton.

By now she has him well and truly in her grasps. A wise man would have fled on the first sign of temptation. He most obviously stays and hears out all her words of silver. Such a fool.

What is happening here? An Israelite woman is betraying her husband by seducing a foolish Israelite man. This is such an offensive image to imagine. God is not being honoured in any way here. Not a silly story at all. Not even a bedtime story in any way. It’s a story that is compelling and repulsive at the same time. There is more to come. Stick around. Move on to Part 2.

Your turn: What is your impression about this woman? This man? Am I fair in my assessment?

Note: All scripture is taken from Biblestudytools.com and is the New King James Version. I am using a commentary by John Kitchen for help with difficult concepts and words.

All scripture is taken from Bible.com and is the New International Version. I am using a commentary by John A. Kitchen for help with references and difficult concepts and words. Plus, he has a real way with words!

I am a simple Bible student. I love to read God's Word and see what truths it has for us to discover and apply to our lives.

Your life has meaning!